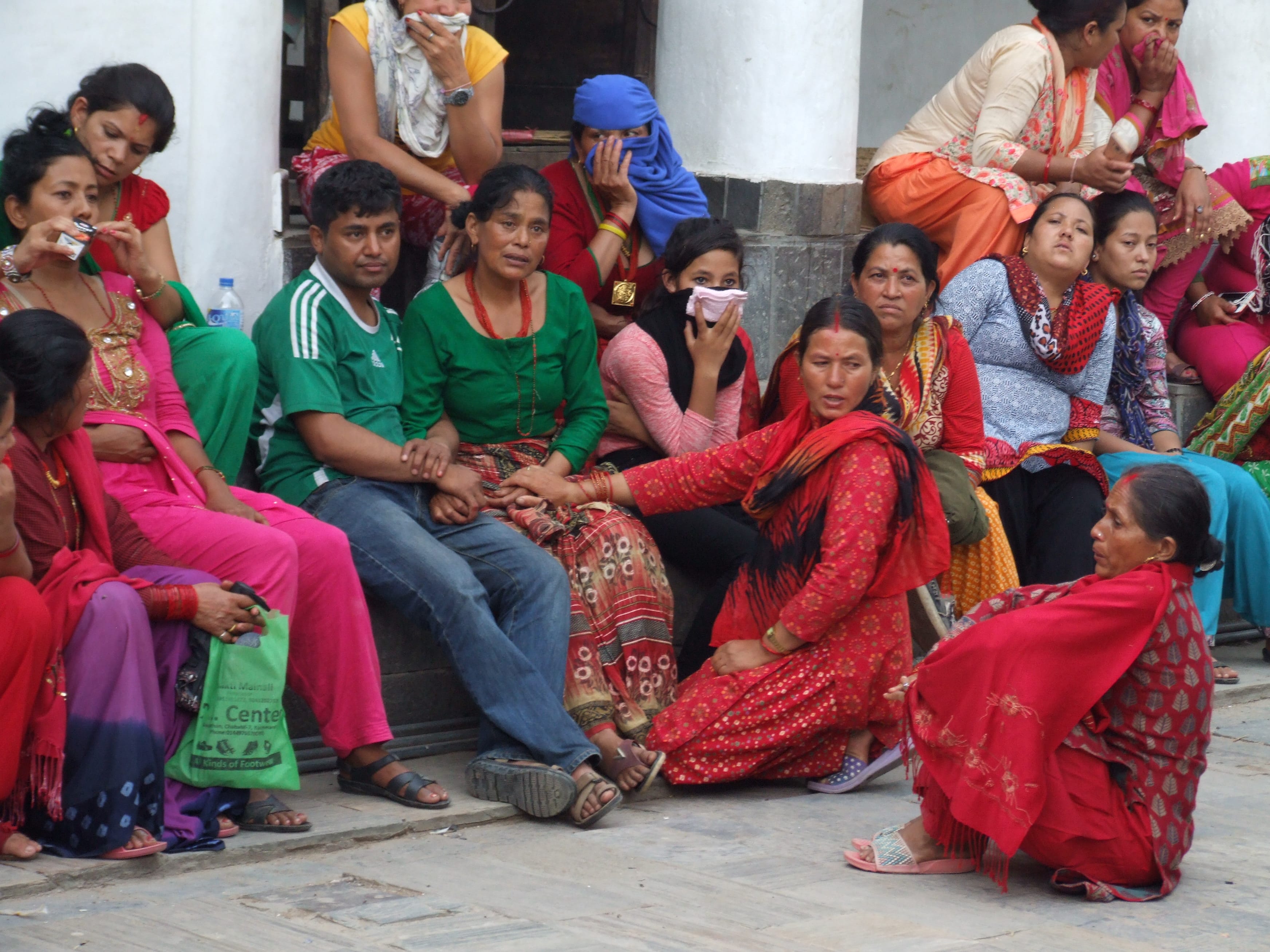 The morning started on the hotel rooftop doing some Tai Chi whilst looking over the higgledy-piggledy rooftops of Kathmandu city with the hills in the background and the low clouds. Early morning life was slow to emerge with the crows crowing, the rubbish collectors calling to each other and the sounds of some distant bells. Looking across from one rooftop to the other, whilst doing my ‘waving hands in the clouds’ moves, I realised I was being watched by an elderly woman in a sari doing her morning ablutions and a young mother preparing breakfast for her two daughters. The underlying theme of this Connect with Compassion trip is that other people are essentially “just like me”. And here I was witnessing two women doing the tasks they do every morning in order to start their day- just like me.

Today was a comparison of what we had experienced in the past and what was presented in the here and now. We were eagerly looking for the similarities and the differences in the sights and the way of life in the Kathmandu we remembered of 30 years ago. Looking for similarities and differences was most evident when we walked into Durbar Square, one of the iconic sites in Kathmandu city. Things hadn’t changed in terms of flocks of pigeons filling the market square and the cycle rickshaws lined up in front of the old temple site. Women in saris, postcard sellers, street cleaners- life on the sub-continent. But what had changed was the ancient temples that had sadly not stood the test of time. What had once been a famous five–storey tiered brick and timber Hindu temple was now just a brick platform with an enormous amount of sky above. Durbar Square was an area the earthquake had dramatically brought tumbling down. Our jaws dropped. It was hard to fathom. And the more we wandered this old part of town the more we saw the cracks, the broken tiers, the crumbling plaster facades, the shattered roof tiles. The damage of Mother Nature was most marked in the old building that are now very much damaged This is the historic zone of the original old royal palace and the 9 storey tower. The earthquake is now its’ newest history. There are poles propped against walls on every building, corrugated iron cordoning areas at the base of buildings, scaffolding in place everywhere. In the narrow streets, if rebuilding has occurred they have built new on top of the ancient, in order to keep some sameness of their past- to hold on to some of what they had had. 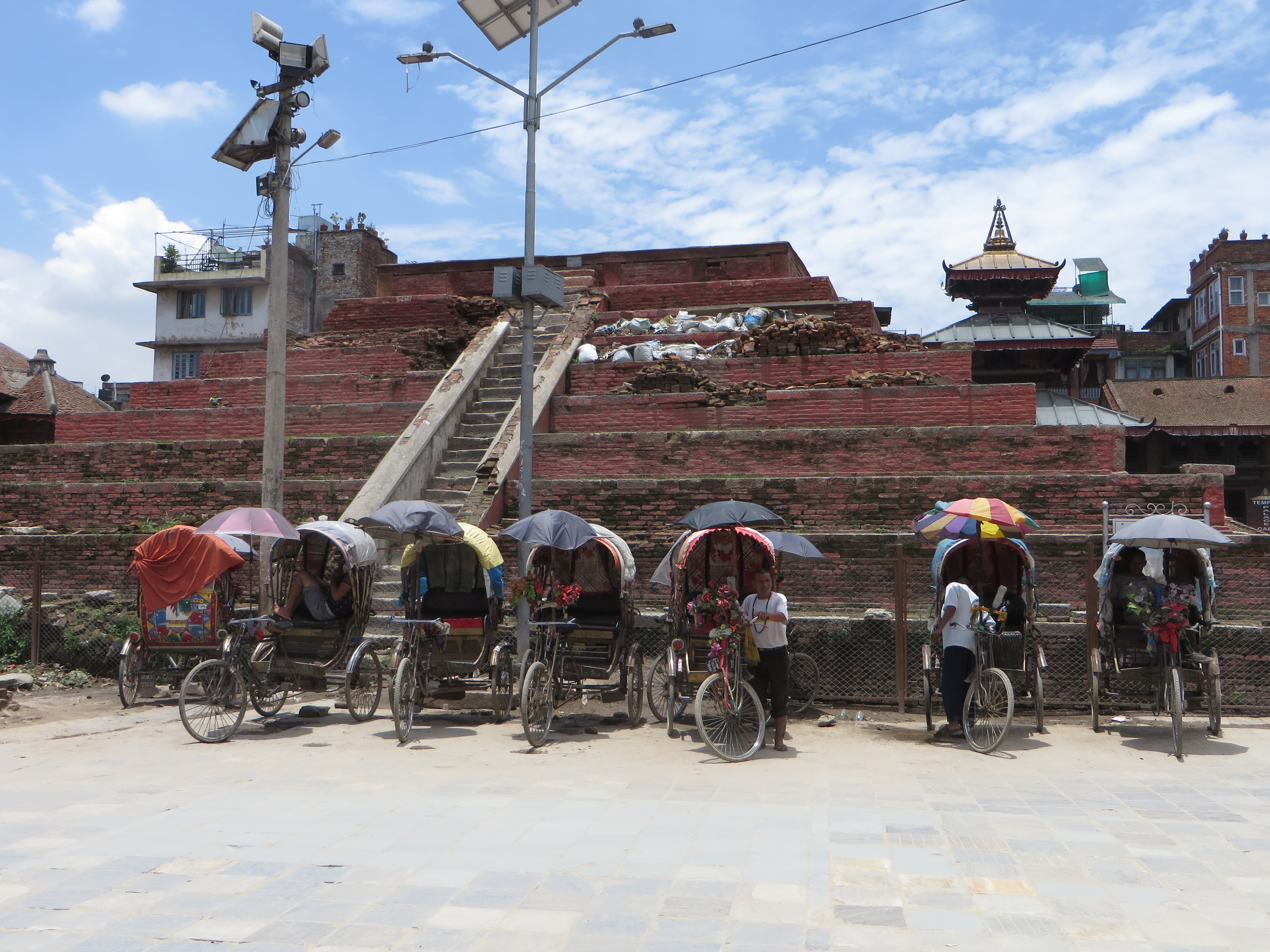 Wandering the Durbar market square, there was not a lot of difference in the market stalls. The trinkets, prayer wheels, silver items, brass bowls and so much more were still the same of 30 years ago. In fact some of them may well have been here when we were last here!

We headed to Pashupatinath, the oldest Hindu temple in the world, where the cremations occur daily on the river banks. The burning pyres, the smoky air, the roaming monkeys, the crazy “holy” men dressed in orange robes, face paint and dredlocks- these things were the same. The culture of burning the body within hours after death continues. The rows of men that sat by to watch the ceremonial burning alongside the pyres still also continues. Similarly women are still not permitted to be alongside the burning of the loved one and there are clusters of sari-clad women huddled together in quiet mourning, separated from the scene. Some changes have occurred in that women are now allowed to actually visit the temple site whilst not being permitted to farewell their loved one on the riverbank. Being witness to the grief and loss and suffering in the faces of the mourning women was so hard to see. Compassion for their loss was felt in our hearts yet there was no way to ease their pain. 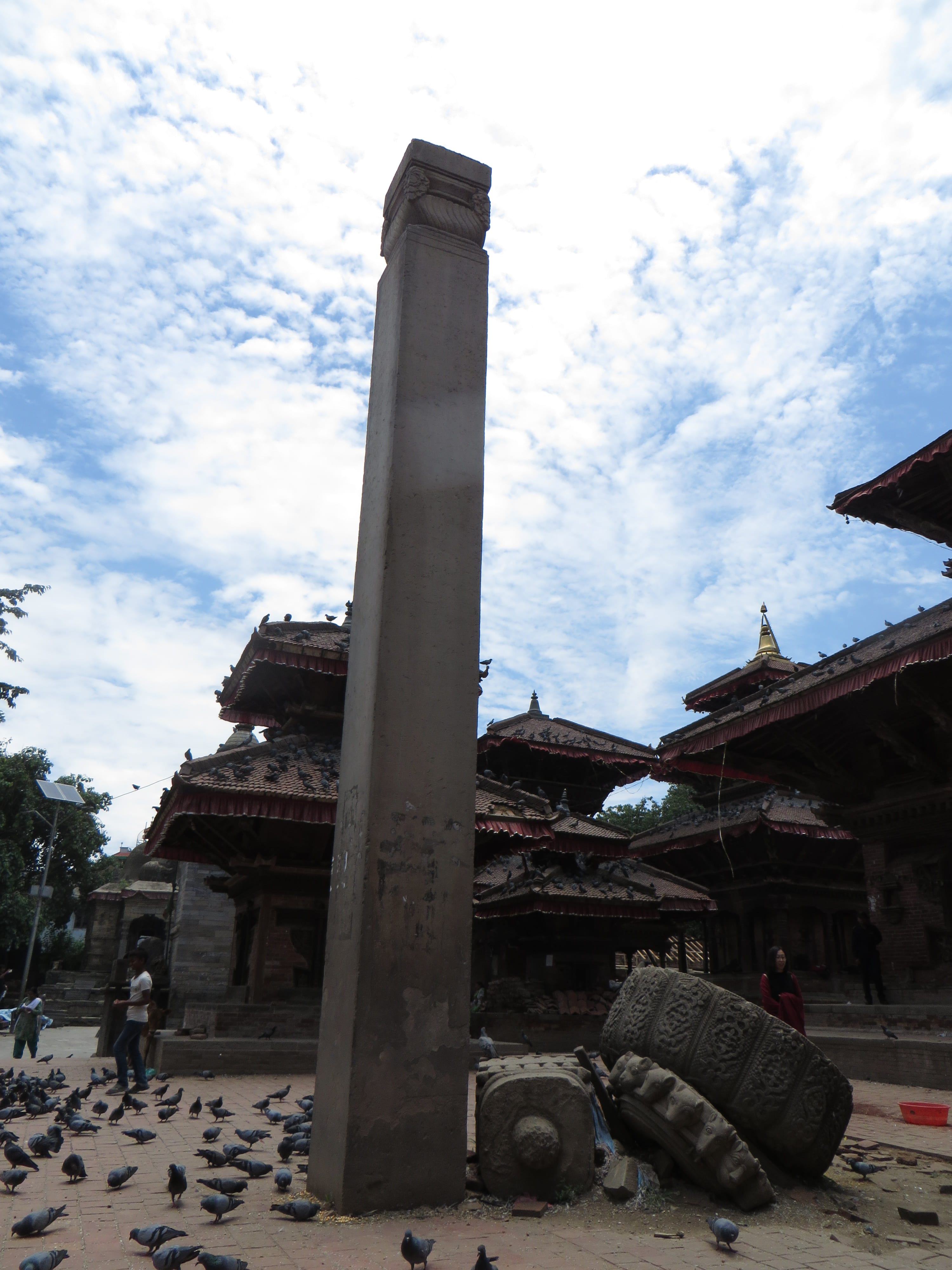 Ancient rituals and beliefs are resistant to change. Nature has its own way of creating change.

Again, the impermanence of life. The nature of life is change.​ 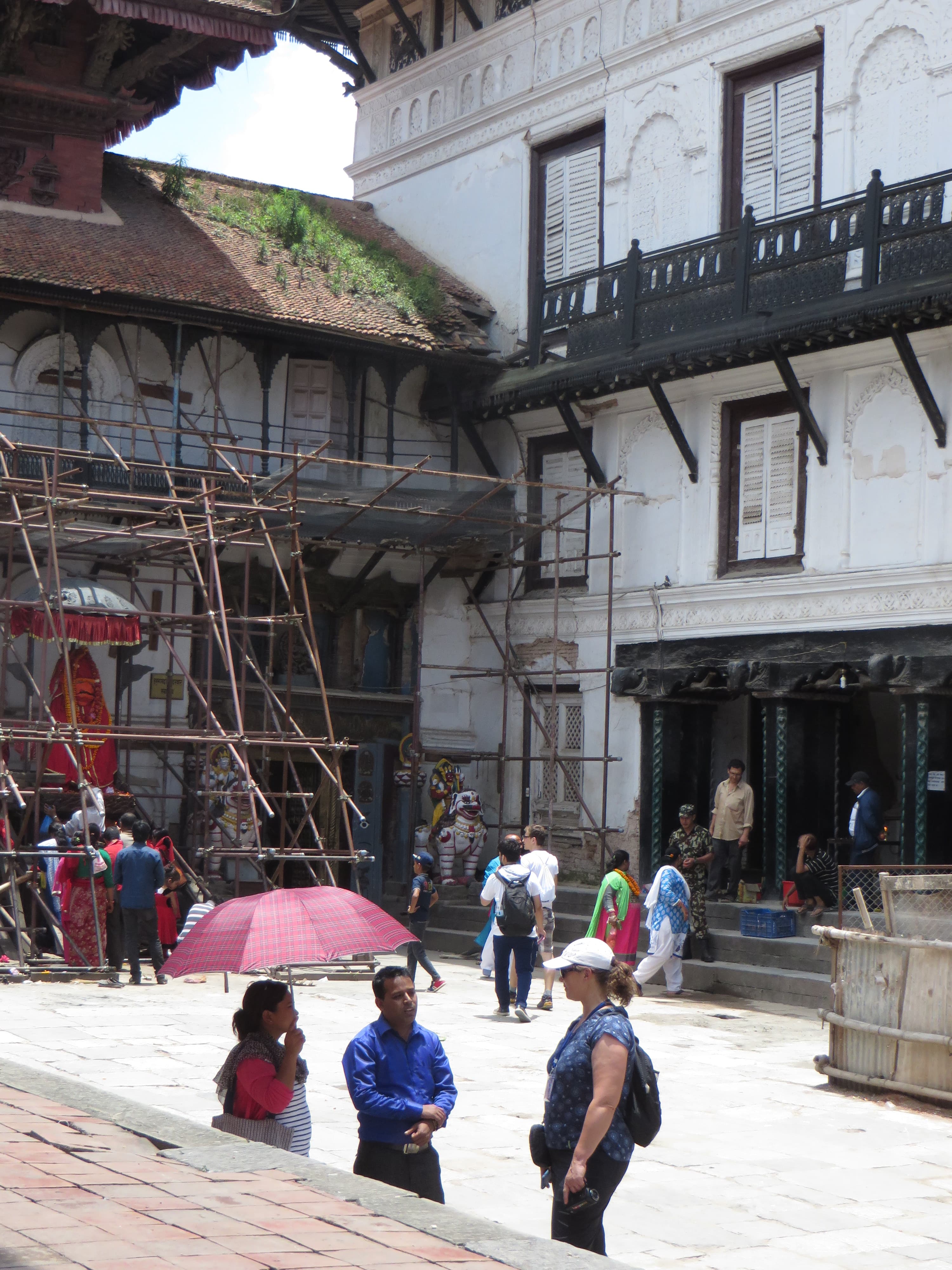 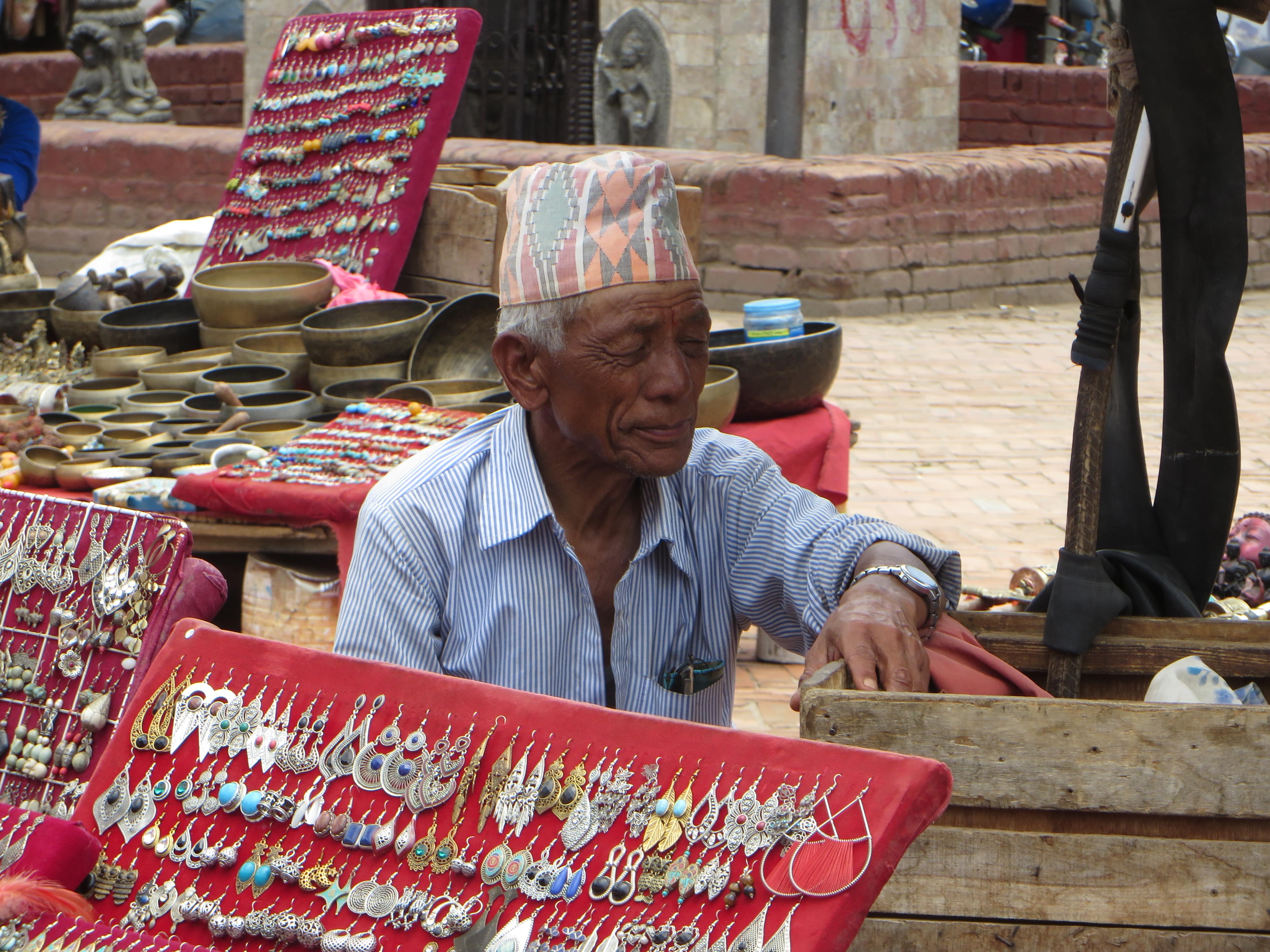 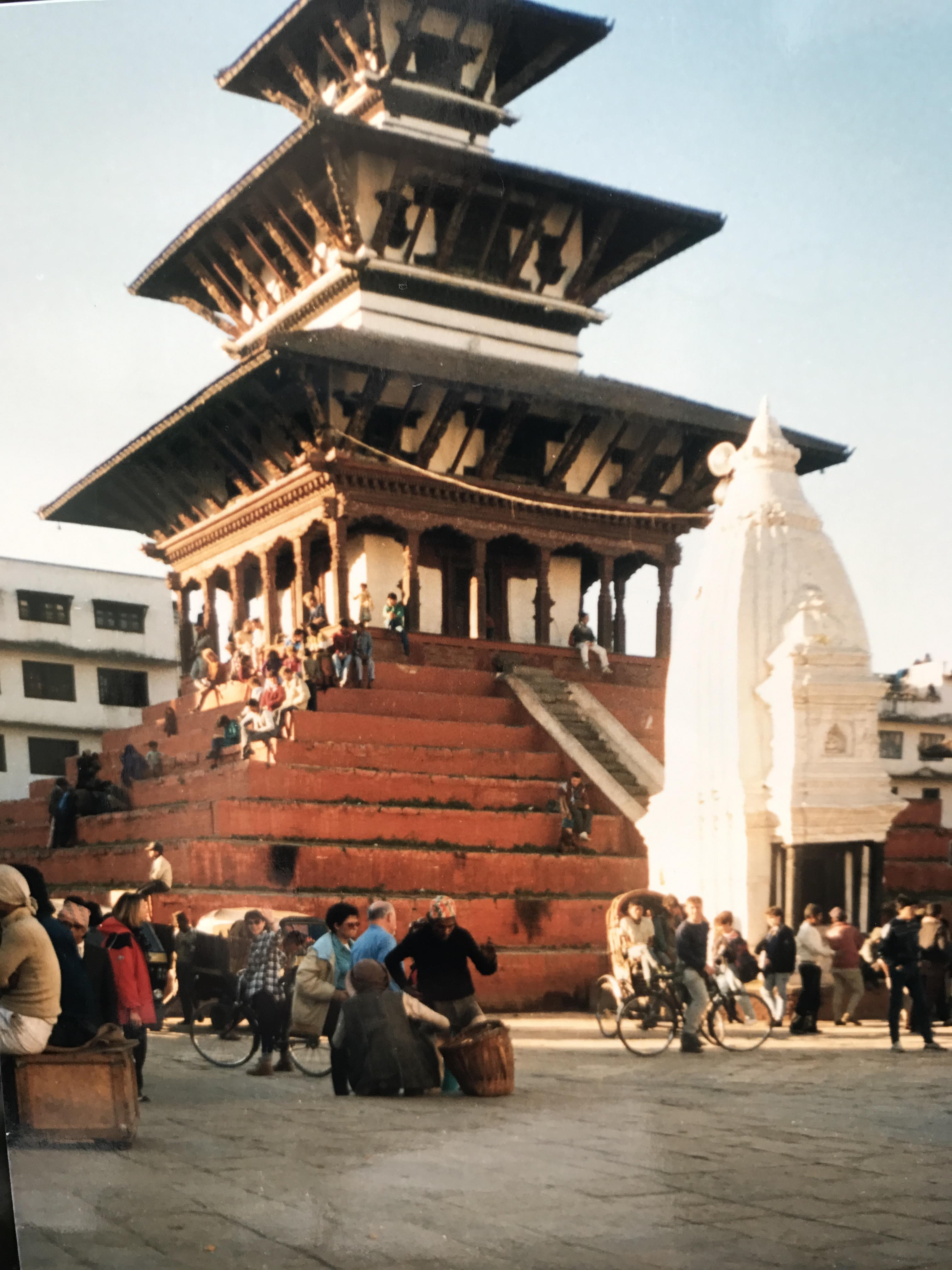 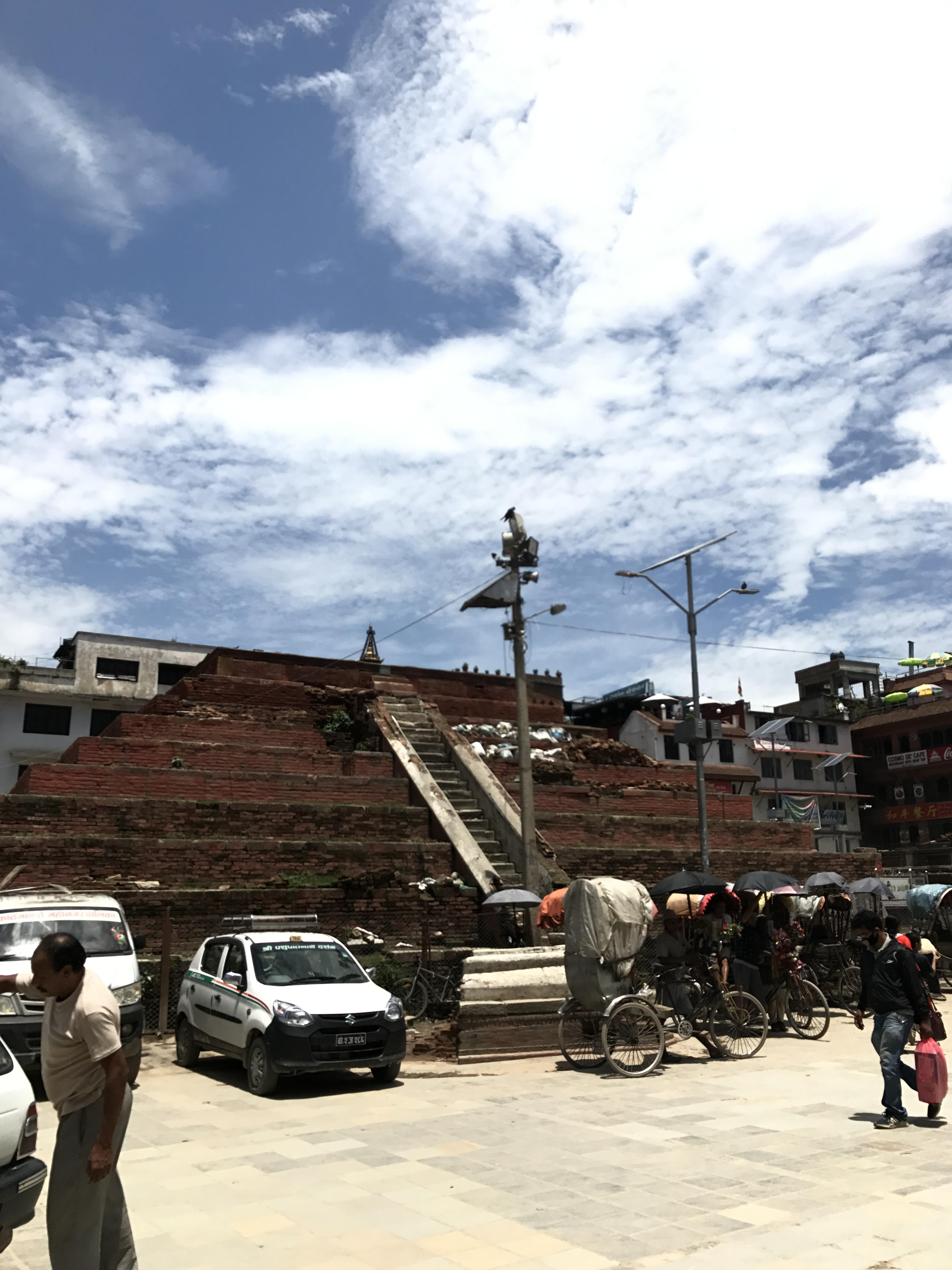