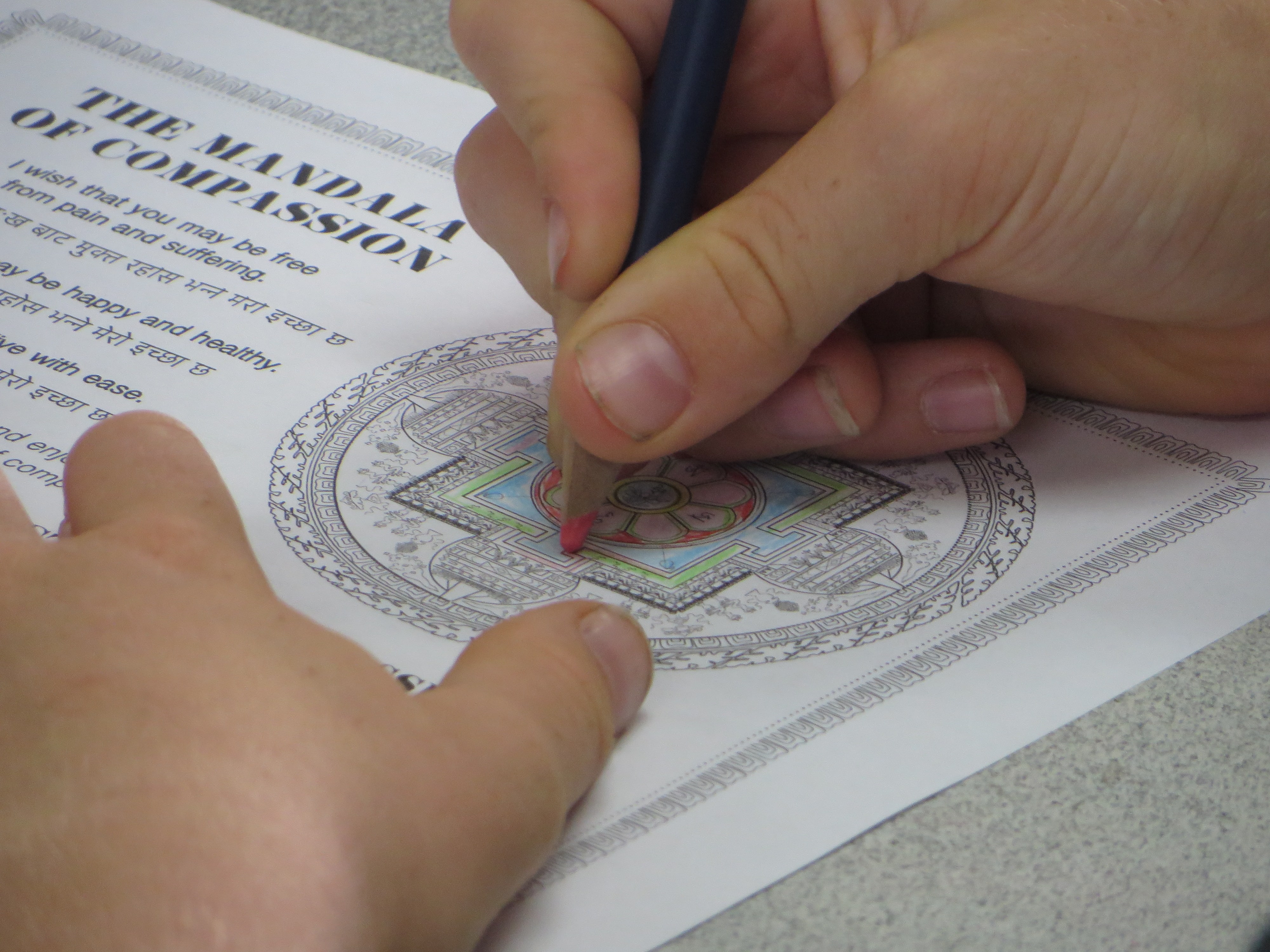 I recently had the absolute pleasure to collaborate with Grade ¾ classes at a local Catholic primary school to conduct some mindfulness activities with young children. My intention was to share with children the concept that all over the world people are “just like me”. The motivation was to create a connection between two schools situated on either sides of the world and at either ends of the socio-economic spectrum. This was in preparation for the Connect with Compassion visit to Kathmandu in June 2017. 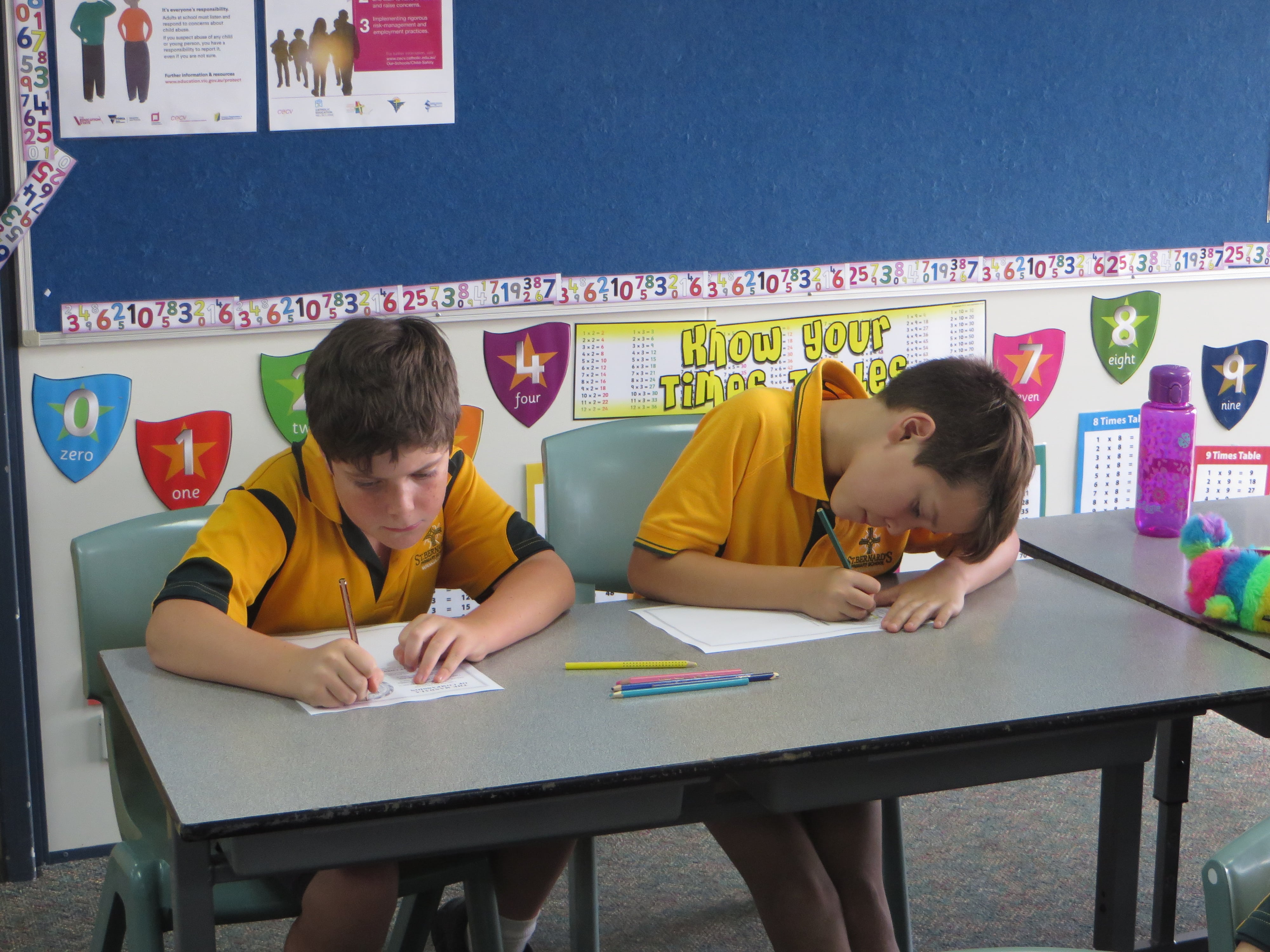 As adults, we have often been exposed to more experiences in life allowing us to have a greater appreciation of the “haves” and “have nots” in the world. But children may not yet have been able to truly understand how big and small our world is. To share this with Australian and Nepalese children, we created a mindfulness colouring page using the design and meditation phrases of the Mandala of Compassion. The purpose of this was to allow participants some mindful moments of flow, calm and relaxation when becoming absorbed in a creative task, using coloured pencils to follow the curves, lines and shapes. The meditation of Loving Kindness was written in both English and Nepalese to wish the recipient to be safe and free from pain and suffering, to be happy and healthy and to live with ease. The script of Nepalese does not use the English alphabet, and in itself was of interest to English-speaking children, to highlight there are other languages at use in our vast world.

So to tune the kids in to this theme first, I facilitated an introductory session with over 120 children from St Bernard’s Primary School in Wangaratta. I wanted to highlight for them that there are school children in other parts of the world who are essentially the same as them, even if their physical conditions may be vastly different. 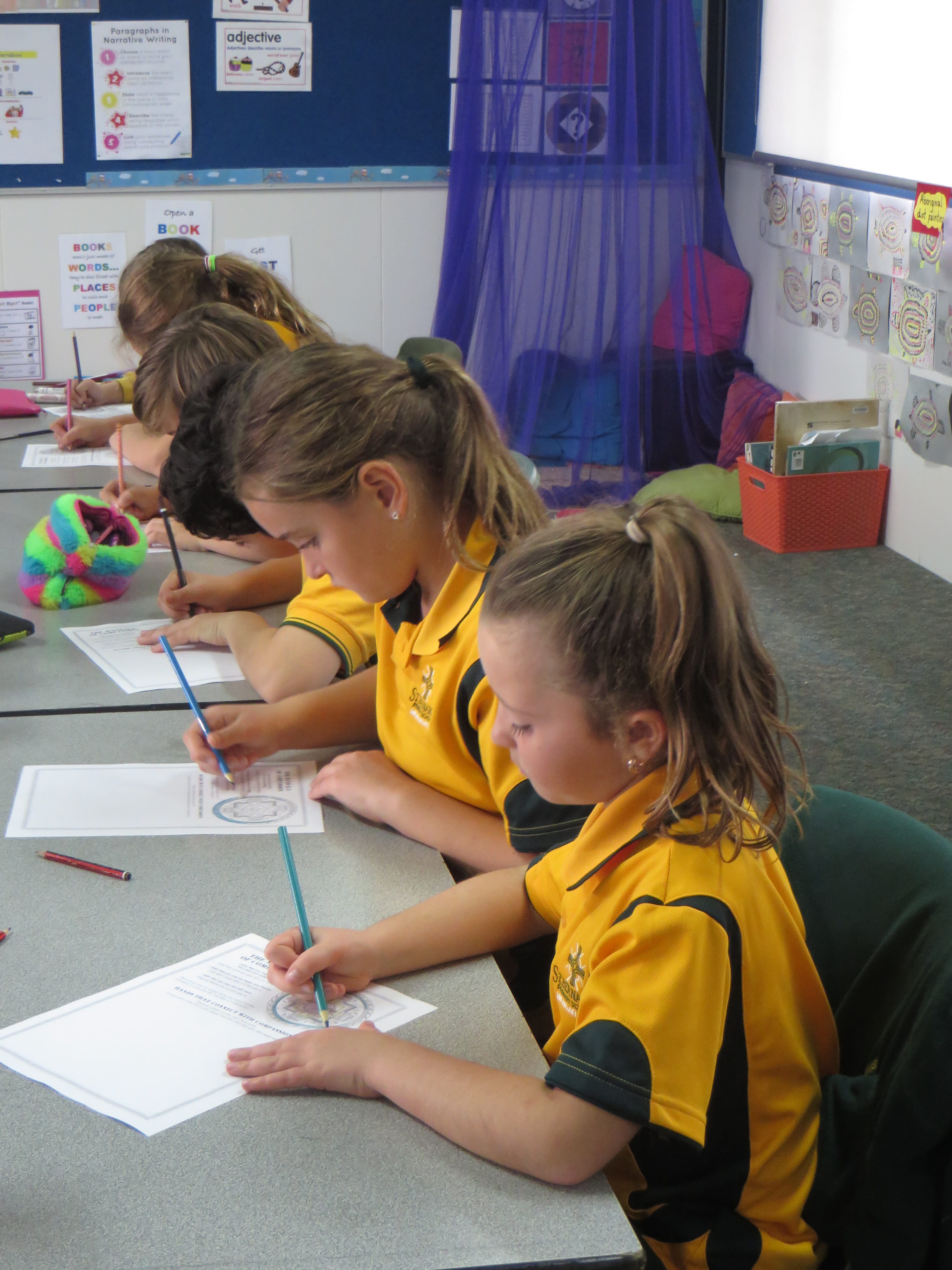 This group of Australian children regularly practice Christian mediation in class. So I asked them to share with me what they feel when they meditate. Eager hands shot up in the air and little voices told me that they feel “Calm”, “Relaxed”, “Peace” and “Safe”. The latter word was the word that struck the heart chords for me. How affirming that children could find an inner space for themselves that created all those emotions: by simply sitting and being still and repeating a silent Christian mantra.

I showed the children a short video depicting a day in the life of an eleven year old girl, Manishka, in Nepal. The class was instructed in half the group being asked to notice what was the same in her daily routine of life as theirs. The other half were to notice what was different. 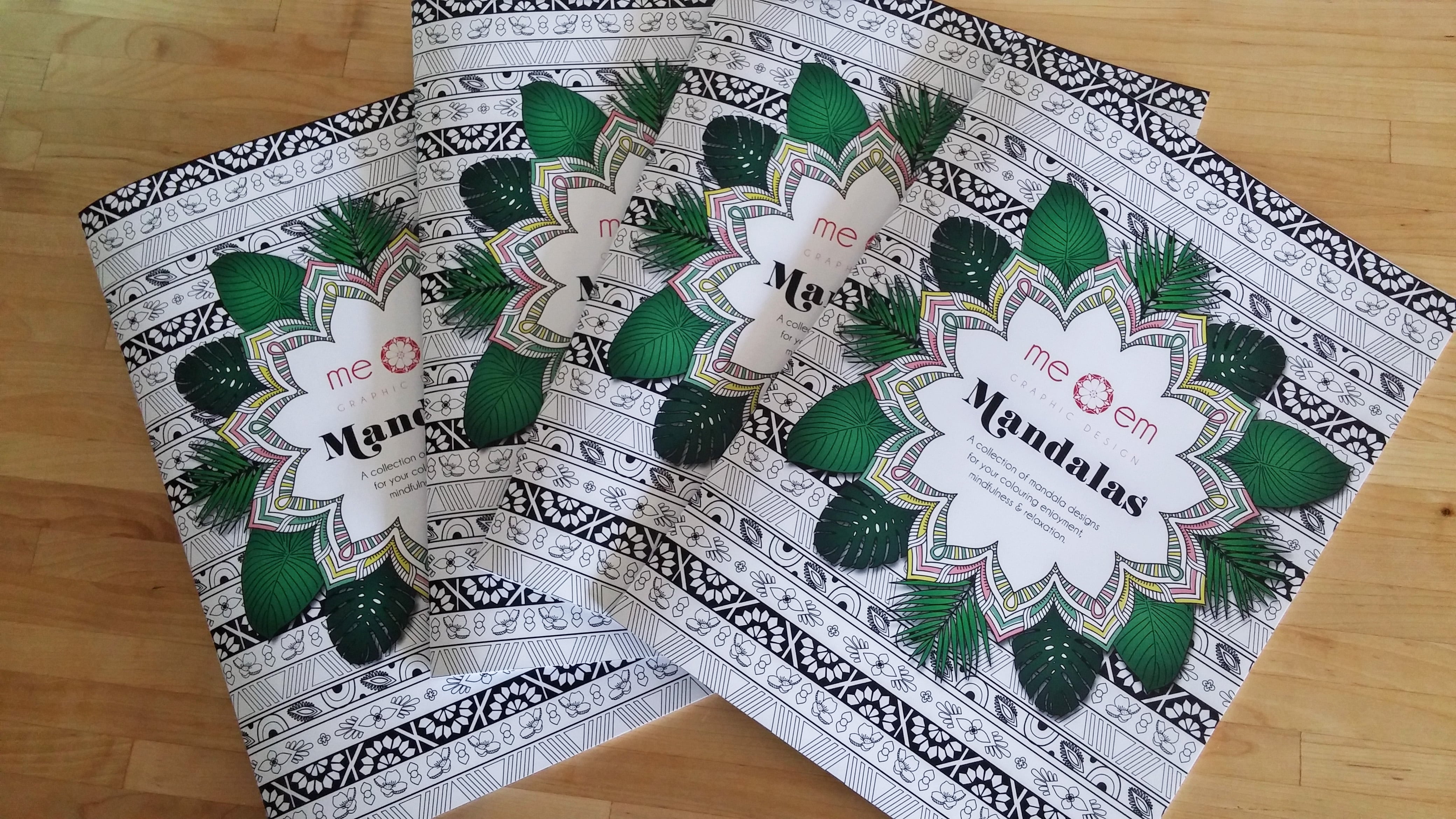 Such noticings and comparisons…….. They were giving themselves their own lesson in the “haves” and “have nots” in life. It was incredibly heart-warming to be part of!

A week later, I arrived to supervise the Mindful colouring session with these same children. We started with three minutes of silent meditation to settle them and allow them to focus on compassion for other children. Then a supervised 30 minutes of silent colouring in the Mandala of compassion followed. Little hands purposefully and attentively chose colours and filled in lines, curves, and shapes to create a creative collection of circular colourings. At the bottom of their page was space for each child to outline their own hand print. They were asked to fill in their five core values of how they wish to be as a person, and then colour this hand as they wished. There were many words of Caring, Loving, Friendly, Generous, and so many more. The children were very involved in the task, and told me it was fun. They really liked it, and could they “do it again one day please?”

Because the collection of colourings and values was such a creative, insightful and bright array of children’s work, we have also decided to bind them as class books for the St Bernard’s children to keep in class to reflect on themselves and the values of their class mate’s values in months to come. These colouring sheets will be given to Nepalese children as a gift from Wangaratta school children in recognition that another child is considering their Nepalese counterpart and understanding that essentially he or she is “Just like me”. The Nepalese children will be asked to participate in the same colouring and hand outline task to send back to the Wangaratta children, to create the cycle of giving and receiving. This is about gratitude for the simple things in life. 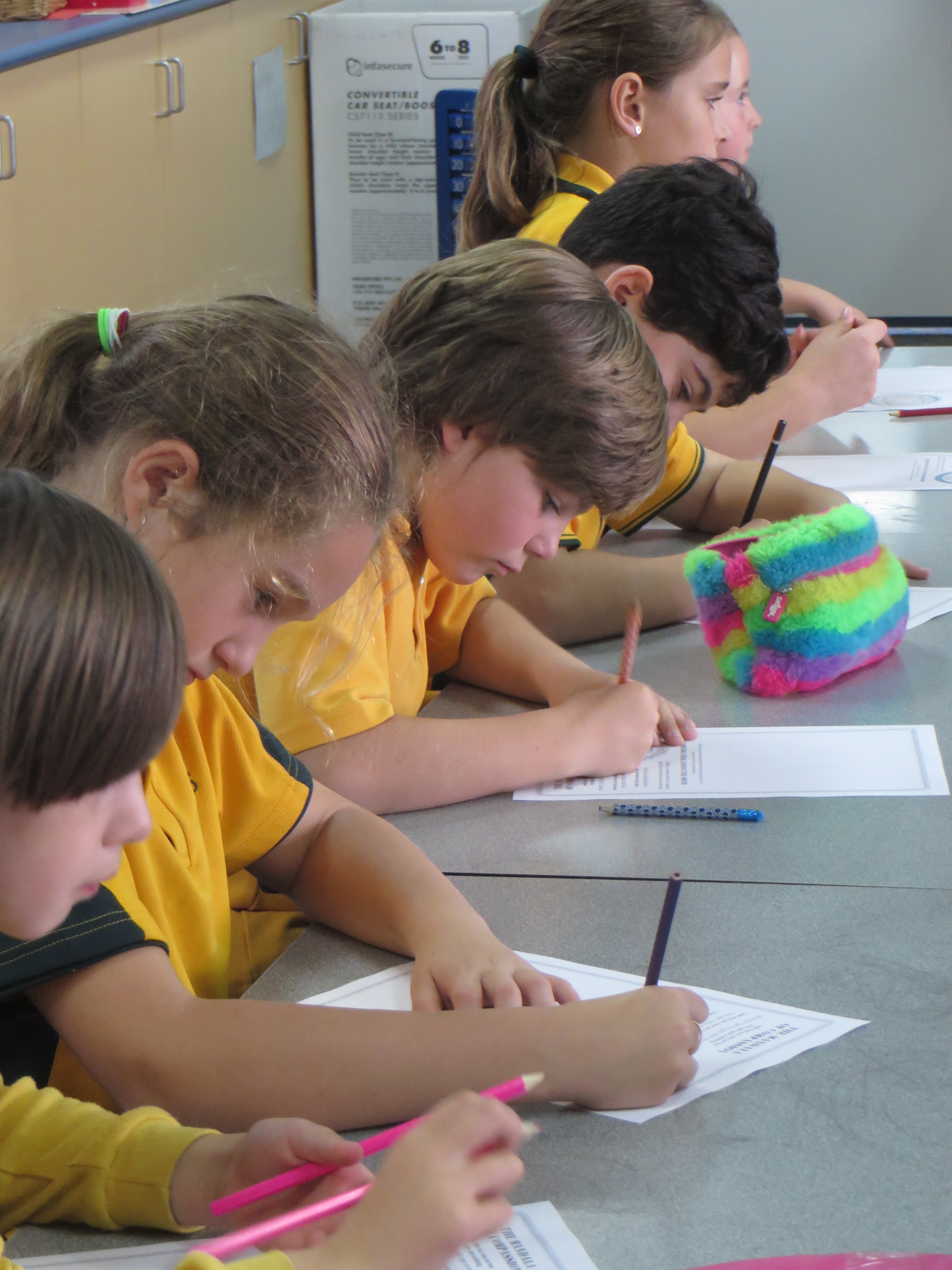 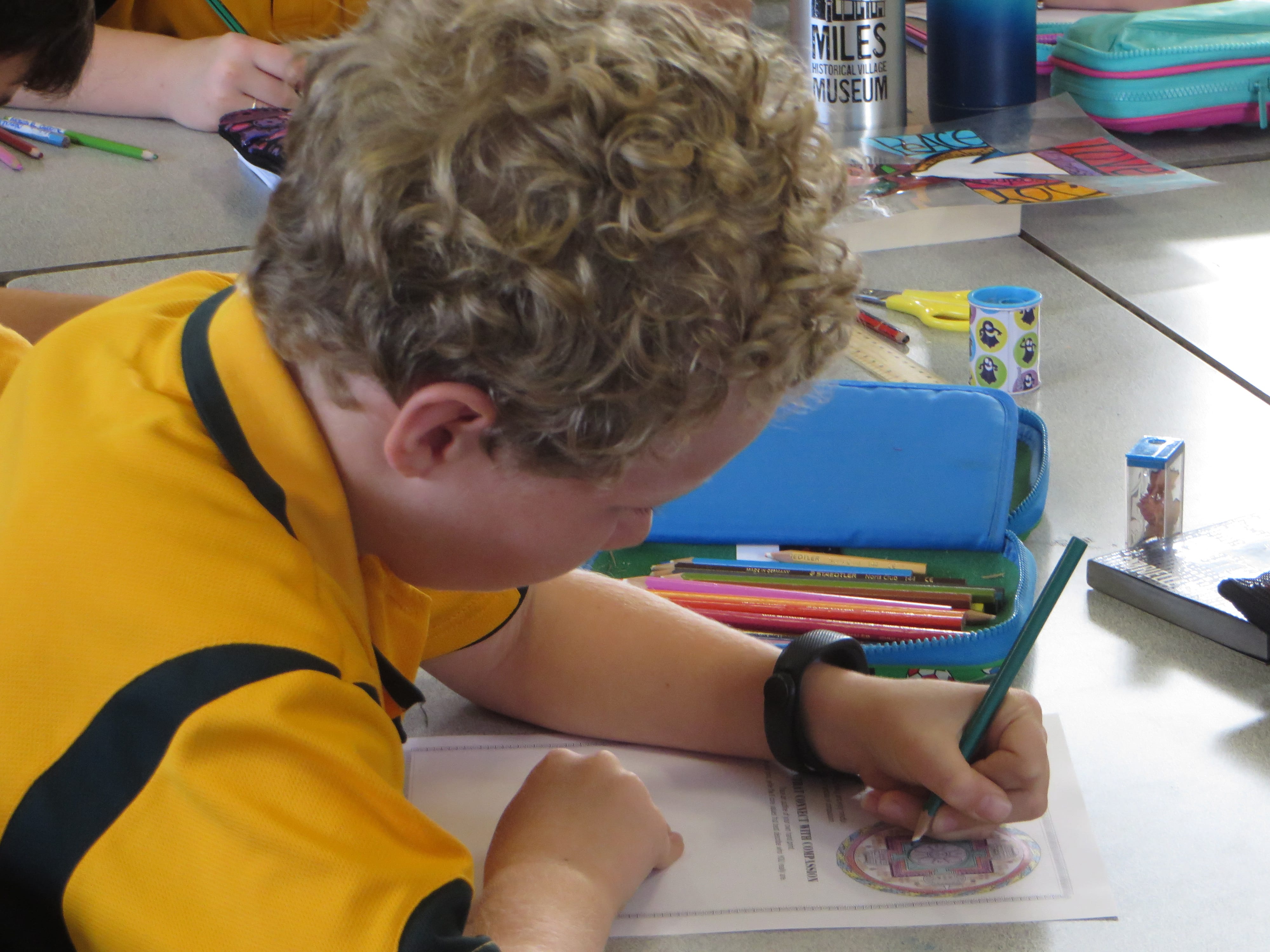